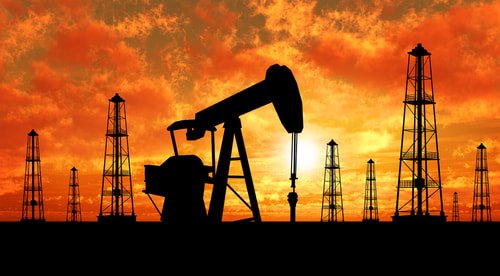 ​             The Model United Nations is a worldwide organization with a goal to deliver peace and fairness between countries. The purpose of Model United Nations is to come up with a resolution that the countries cannot resolve themselves. One thing the Model United Nations does to deliver peace and fairness, is a conference where delegates from many countries come and vote for a resolution on whatever topic.  In our class, 20 delegates from different countries including Mexico, Russia, Japan, and the United States met after school on a Thursday and held a MUN conference about Climate Change for 2 hours. Every delegate made a resolution and a policy paper to try and get entered into the docket. Only two resolutions from Iran and Germany made it on the docket, but other delegates spoke on their position on what resolution they wanted to get passed. Our class learned parliamentary procedure. The role I played in the MUN conference was Mexico's part in Climate Change and how the Climate Change will affect Mexico in the future. The resolution I voted for was Iran’s resolution on establishing carbon tax. In our conference, Iran’s resolution was passed. At first, Germany’s resolution passed but we did a re-vote and Iran’s was passed at the final vote.
At the MUN conference, in order to receive a passing grade, you would have to perform your speech on which resolution you want to get passed. This was challenging for me because one of my biggest fears is speaking in front of people. In this project I faced my fears and got up there and said my speech. I am proudest of my speech because I feel like I didn't stumble my words, I held eye contact, and my speech was powerful. I am not proud of my shyness when it came to commenting on what people had to say, and I didn't motion to do anything. I wish I would've motioned to do one thing. I would also like to refine the length of my speech, I would've liked to make it longer because I spoke too fast. I still made it in the time slot but I would've liked to slow it down. For the next project that includes public speaking, I would like to practice PVLEGS more to make my speech more passionate. I think if I would not have gotten up there to speak, I would give myself an F for my grade. I was very nervous putting up my hand to talk, but once I did that I knew it was not a big deal. Earlier in the year we had to speak in front of the class and tell a true story about ourselves. After doing that, I gained confidence in my public speaking but it’s still a big fear of mine.

​After this project I never would have believed in how much an impact Climate Change is going to take on the Earth if we don't act now. I didn't ever think twice about Climate Change until this project because I thought it wasn't that big of an issue. As well as the other issue we had a “practice conference” on, refugees. I had such a limited knowledge on these topics, which is why they’re so interesting to me. Now looking at Climate Change and Syrian refugees, I think they are the biggest long term issue the Earth is facing. These topics are such a big topic and I’m so glad I got to learn about them and how I can make a bigger impact. After learning about Climate Change having a big toll on the Earth, it makes me want to take action and reduce the carbon dioxide emissions my family releases. Little things like recycling and planting trees can help. I want to encourage people to not do so much laundry. (You can wear things more than once without washing it.) I also am really interested in this Climate Change problem because my favorite actor is a delegate in some of the Model United Nations conferences and is a big Earth lover, Leonardo DiCaprio.